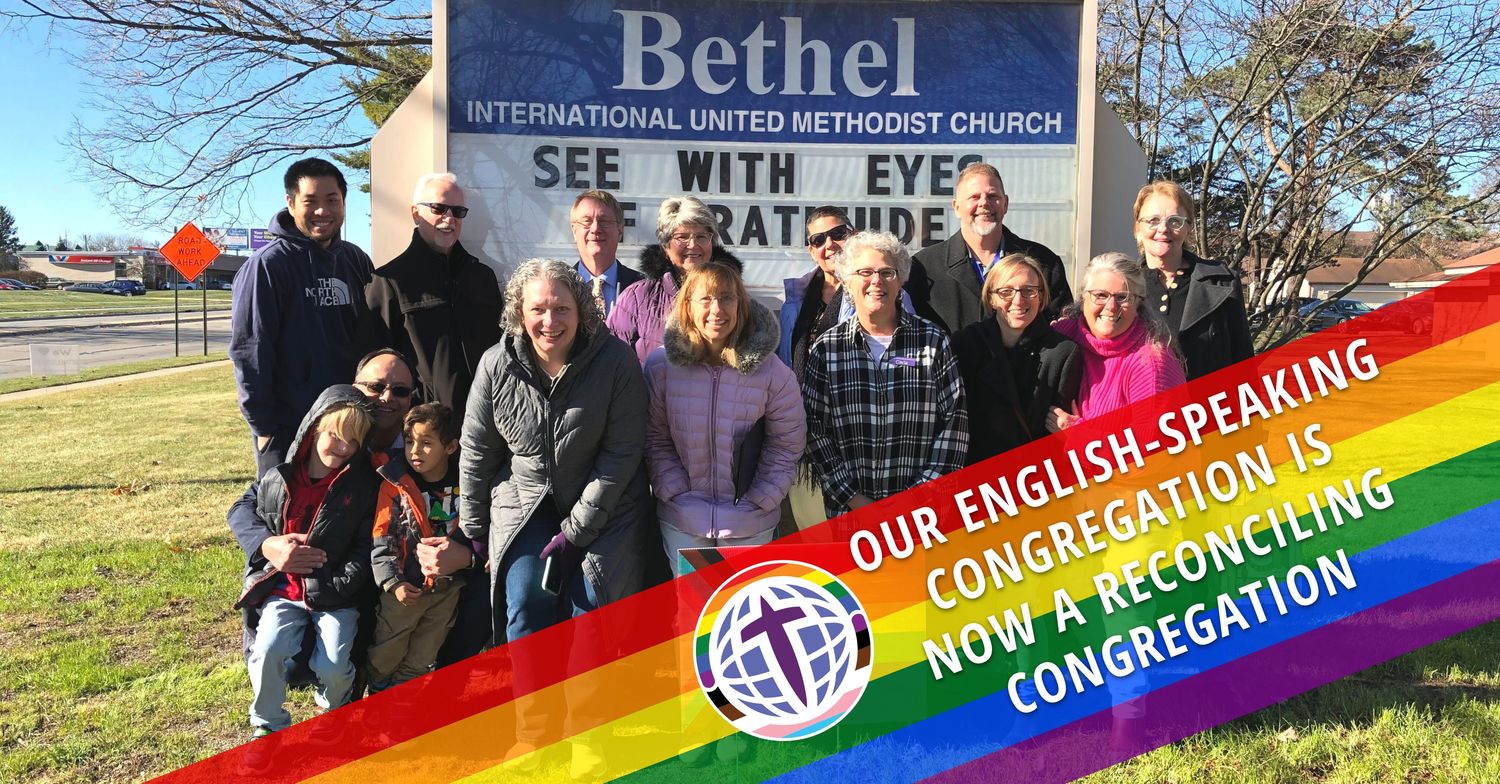 Bethel’s Reconciling Team first met on July 26, 2022. In order to gauge the current congregation’s opinions, a short poll was conducted on Sundays 9/18 and 9/25. These results indicated a majority of the congregation agreed that the Bethel IUMC mission aligned with the Reconciling Ministries Network commitment statement. The poll also provided questions that were included in a Question & Answer session on 10/30 (in person and via Zoom).

The English-speaking congregation has shown support for the LGBTQ+ community with several events the past few years. A group of members marched in the Columbus Pride Parade in both 2019 and 2022, and Bethel hosted an outdoor Pride festival with local reconciling churches in 2021 and 2022. The June 2021 sermon series, called “One New Humanity: Toward an Inclusive Church,” featured guest preachers and testimonies from several LGBTQ+ church members.

The English-speaking congregation of Bethel IUMC looks forward to sharing God’s love for all people and to continued participation in events that help spread that message.